"Mount Hunter is a siren. Its seductive song captivated me the first time I heard it. I have thrown aside logic and maybe even reason to try to climb it. I am not alone on this bewitchment" Scott Backes

Jules Cartwright was undoubtedly one of the most talented and driven alpinists of his generation. One of his many ambitions was to climb two new routes on the North Buttress (aka The Moonflower Buttress) of Mount Hunter. In 2001 along with Ian Parnell he completed the first half of this challenge with the first ascent of 'The Knowledge' (Alaskan grade 6: ED4 5.7 A2++ AI6, ca. 6000ft), which remains un-repeated to this day.

In May Matt Helliker and Jon Bracey will attempt to complete Jules' mission by climbing an entirely new line up the Moonflower Buttress. Climbing alpine style the team expect to find continuous technical difficulties and hence will require many days worth of effort on the wall!

Jon Bracey made the second ascent of the French Route/North Couloir(Alaskan grade 6: ca. 6000ft, Grison-Tedeschi, 1984) with Andy Houseman back in 2007, and also made a sub 24 hour ascent and descent of the west Ridge(Beckey-Harrer-Meybohm, 1954) with Rich Cross back in 2003. So he already know plenty about this mountain and how hard the challenge ahead is going to be!

Matt and Jon are a well proven team having already had two highly successful expeditions to Alaska, with no less than 3 first ascents in the Range:
'There's a Moose Loose aboot this Hoose' ED4 on the Mooses Tooth
'Meltdown' ED2 on Mount Grosvenor
'For Whom the Bell Tolls' ED on Mount Church 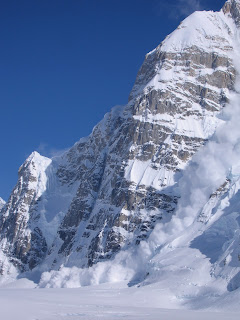 The best bouldering wall in the UK!